Bacon Bat is Back 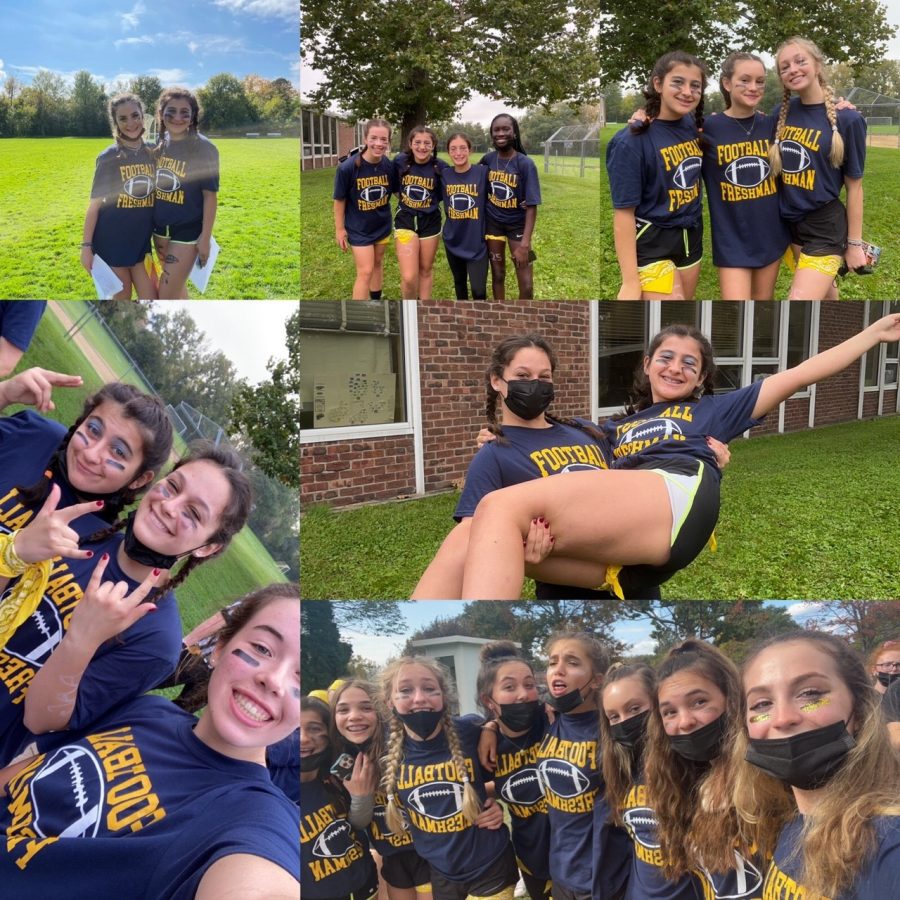 As Homecoming returned to The Academies this fall, so did Spirit Week, which ended with the beloved Bacon Bat on Friday, October 8. Celebrated annually, barring a global pandemic, Bacon Bat is a day of games and competition among the girls’ upper school grades. During this otherwise strange time, reviving this special tradition provided a sense of normalcy, even for the freshmen and sophomores who had never experienced it before. Although masks were worn and social distancing was in place, the event was as much fun as in years past – maybe even more so after the craziness of the past 20 months!

The festivities kicked off with each grade’s cheers, rallying everyone together for the day ahead. The ensuing relay race had quite a few slip-ups (literally, due to wet grass), but ran smoothly in the end. Next on the agenda was an obstacle course on the boys’ campus, followed by badminton matches and dodgeball games. Sporty minds were challenged in a quiz bowl before the afternoon concluded with original class songs, leading into a pep rally to introduce The Academies’ fall athletic teams.

Bacon Bat showcases each class’s creativity as the girls select themes that inspire their respective attire and attitude. These are kept a secret throughout the planning, only to be revealed on the morning of the event. This year saw the Slope Seniors, Jukebox Juniors, 70’s Sophomores, and Football Freshman represented on the field. Reflecting their chosen theme, the senior girls decked out the school with fake snow, blue streamers, and even evergreen trees in the lobby. It was no surprise that this enthusiasm and dedication helped them win first place for the day.

After good luck wishes from their senior sisters, the 70’s Sophomores came in second. Their nostalgic tunes struck the right chord, proving too much for the Jukebox Juniors. Though they landed in third place, the Class of 2023’s costumes were perfectly retro down to their pink sunglasses and matching jackets. Like the seniors, the juniors really showed up for their sister class, even going so far as to throw the Football Freshmen candy during their songs. Unfortunately, that team was tackled, coming in last in the competition regardless of their outstanding sportsmanship.

At the end of the day, Bacon Bat 2021 was another great success. Whether they won or lost, every class made memories together. From the planning to guessing who the secret judge was (thank you, Ms. Marathakis) to singing their hearts out, the Academy girls had a blast!