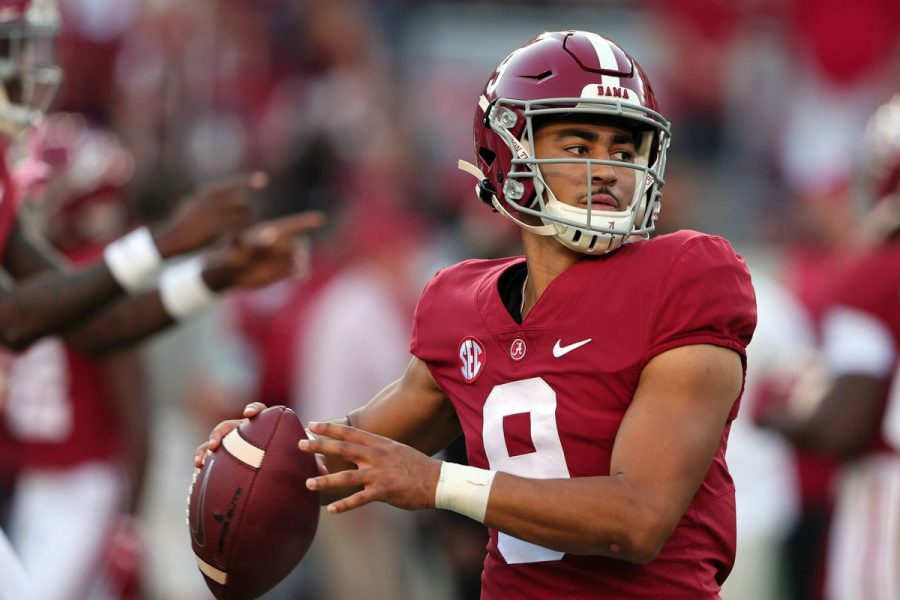 Most notably, number three ranked Michigan State lost to unranked Purdue by eleven points on the road. Purdue was paced by quarterback Aidan O’Connell, who threw for over five hundred yards and three touchdowns, one of them to wide receiver David Bell, who had over two hundred yards receiving. The Spartans’ first loss of the season will most likely drop them out of the top four entering week eleven of the season. Purdue, as they always do, finds themselves playing spoiler to the undefeated team’s season as they did earlier in the year in an upset win over then number two ranked Iowa.

The only other top ten team to lose this week was number nine ranked Wake Forest, who lost a razor-thin game to North Carolina. Wake Forest was up two possessions entering the final quarter of the game. The North Carolina Tar Heels then went on to score twenty-four points in the fourth quarter. The Wake Forest Demon Deacons’ hopes of the playoffs are now squashed. Senior running back Ty Chandler ran for over two hundred yards and four touchdowns for North Carolina while Wake Forest quarterback Sam Hartman threw for five touchdowns, as well as two interceptions.

Number two ranked Alabama defeated unranked Louisiana State by six points. The Alabama Crimson Tide could get nothing rolling on the ground as running back Brian Robinson Jr. ran for eighteen yards on thirteen attempts. The LSU Tigers had the ball several times late in the fourth quarter but could get any points out of it including two turnovers on downs. Alabama’s defense held strong in the second half while holding the Tigers to four drives of four or less plays.

Fourth ranked Oregon went on the road and beat unranked Washington by ten points. The Oregon Ducks found themselves down early after an Anthony Brown interception and then conceding a safety later in the first quarter. After holding onto a one point lead at the half, Oregon scored two touchdowns to extend their lead to fifteen early in the fourth quarter. Washington followed up with a touchdown drive of their own which ended up being too little too late for the Huskies.

Fifth ranked Ohio State beat Nebraska by nine points. Even though the Ohio State Buckeyes never trailed in this contest, the game was close the entire time. The two teams traded long touchdowns late in the first half which gave the Buckeyes a touchdown lead going into the half. Ohio State did not find the endzone after that but got three field goals from kicker Noah Ruggles in the second half. Sophomore wide receiver Jaxon Smith-Njigba had fifteen receptions for two hundred and forty yards in the win.

Sixth ranked Cincinnati narrowly defeated Tulsa by eight points. The story of this game comes in the fourth quarter as the Cincinnati Bearcats were up sixteen points. Tulsa then went eighty-two yards on ten plays and scored a touchdown and added a two point conversion to get the score to one possession. Things then got crazy when Cincinnati quarterback Desmond Ridder fumbled the ball with just over one minute to play in regulation, giving Tulsa the ball inside of the Bearcat’s ten yard line. Tulsa failed to score and ended up fumbling the ball right on the goaline to seal the game for Cincinnati.

Georgia continues to show why they are the best team in the nation. Week after week they dominate their opponents with their daunting defense. They should be undisputedly ranked first. Alabama stays at the number two spot for one reason, they did not lose. Oregon then moves up to number three thanks to Michigan State’s loss. Ohio State moves into the number four spot. Out of the teams ranked two through four, all of them having one loss on the season, Ohio State has the best loss. While Alabama and Oregon have lost to unranked teams, the Buckeyes lone loss is to Oregon, which is the reason the Ducks are ranked above the Buckeyes. Cincinnati moves up to number five with a win. The reason I’m moving the Bearcats up a spot is because neither Oregon or Ohio State won impressively as well as Cincinnati. Michigan State moves down to six due to their loss. I would not be surprised if Cincinnati remains at six and Michigan State only slides down to five due to Alabama and Oregon also having one unranked loss and that they were already ahead of Cinciciatti in the first release of the College Football Playoff Rankings.