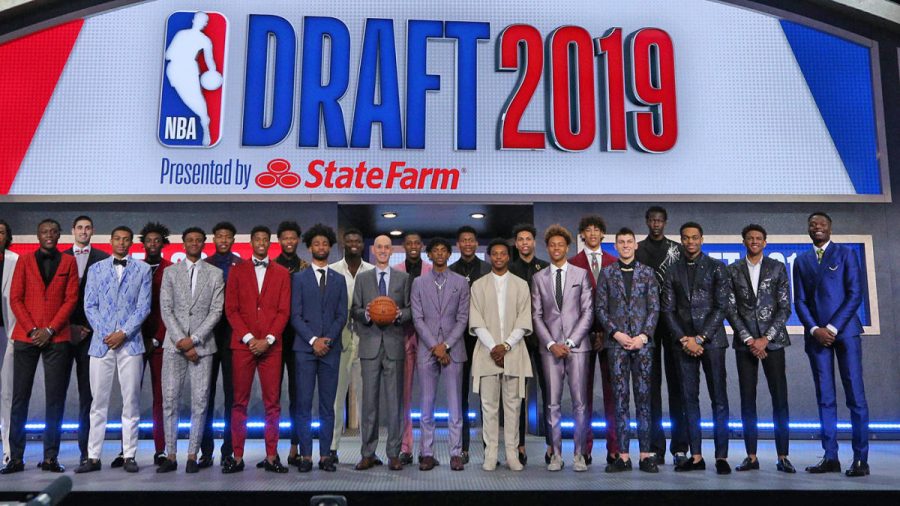 The 2020 NBA Draft was very interesting, to say the least. First, there was no sure-fire first overall pick in this year’s draft, but the top three picks were seemingly pre-selected, with just the order of selection up in the air. Even the analysts on ESPN’s broadcast the night of the draft couldn’t agree on who should be the top choice. After Anthony Edwards was ultimately selected as the first pick by the Minnesota Timberwolves, it seemed like the next two picks would be James Wiseman and Lamelo Ball. This is because the Warriors were in need of a big man and Michael Jordan said that if Ball fell to three the Hornets will be selecting him. It had been 20 years since a player from a “Blue Blood” team (Duke, North Carolina, Kansas, and Kentucky) had been selected, and this streak was broken with Cole Anthony from the University of North Carolina who was selected fifteenth overall by the Orlando Magic. Also, no player from Duke University was selected in the first round of the draft for the first time since 2010. This draft class was considered one of the weakest, star players and depth-wise in a long time. This could be due to the absence of March Madness because there are usually many players who show out in the tournament and make a name for themselves as someone to look out for in that year’s upcoming draft. It will be very interesting to see how this year’s class looks early in this upcoming season due to the draft being only one and a half months before the start of the season.

Every year, there are several players from the draft who many consider to be “steals,” or picks with great value. This year’s draft was no different from the rest. With the twelfth pick, the Sacramento Kings selected Tyrese Haliburton. Haliburton, who many predicted to be a top-five player in the draft, is a 6’5” point guard with great size and quickness. While averaging 15.2 points per game during his sophomore campaign at Iowa State University, Haliburton also showed a great ability to facilitate the ball to his teammates with a team-leading one hundred and forty-two assists in only twenty-two games. His great length and lateral quickness allow for him to possess great defensive qualities, Halitburton will just need to put on more muscle at the next level. The newest King is also a reliable shooter who shot fifty percent from the floor as well as a fantastic forty-two percent from three-point range. Haliburton will look to contribute early for the Kings with the recent loss of guard Bogdan Bogdanović. With the twentieth pick, the Miami Heat selected Precious Achiuwa. In his only season at the University of Memphis, Achiuwa averaged 15.8 points and 10.8 rebounds per game, which were both team highs and led him to earn the American Athletic Conference Player of the Year award. After James Wiseman was ruled ineligible after just three games due to an investigation regarding a payment received from Memphis head coach Penny Hardaway, Achiuwa became known as “the guy.” At 6’9” and 234 pounds, he is regarded as one of the most athletic players in the draft. His elite speed and explosiveness allowed for him to be a great defender in college, who averaged over one steal and nearly two blocks per game. He is poised to continue his defensive prowess at the next level. Achiuwa looks to have a prominent role right away for the Heat. With the forty-third pick, the Sacramento Kings selected Jahmi’us Ramsey, a 6’4” and 195-pound guard from Texas Tech University. During his freshman season, Ramsey averaged a team-leading 15 points per game. He is a fantastic offensive player who can find any way to score. Also, a great shooter who shot 43% from three-point range. Ramsey is for sure a score-first player with room to improve, he looks to be an off the ball player at the next level on both sides of the ball. Albeit not an elite defender, Ramsey still averaged over one steal per game in college. Sacramento continued their fantastic draft by selecting Ramsey, who many considered a first round talent. He won’t look to have the biggest role from the jump, but the potential is there. With the forty-eighth overall pick, the Golden State Warriors selected Nico Mannion. Mannion, a 6’3” point guard from the University of Arizona, averaged 14.0 points per game, which was second-highest on the team. He has elite quickness as well as great playmaking ability. He averaged a team-high 5.3 assists per game. Mannion is a solid shooter who shot 32.7% from three while shooting 44.3% from inside the arch. He is a decent defender who averages over one steal per game. With Golden State guard Klay Thompson missing this upcoming NBA season due to tearing his achilles, Mannion may see the floor, but significant playing time right away seems out of the picture.

It will be hard for the second-round picks and undrafted free agents to make a mark. With the lack of opportunities for these players during the usual NBA Summer League and training camps, it will be nearly impossible to get teams to notice these players. With only two preseason games scheduled for each team before this upcoming season, players will have very little time to make an impact on coaches and the front offices. If you thought this past NBA season was weird, you are in for a treat come the 2020-2021 season.