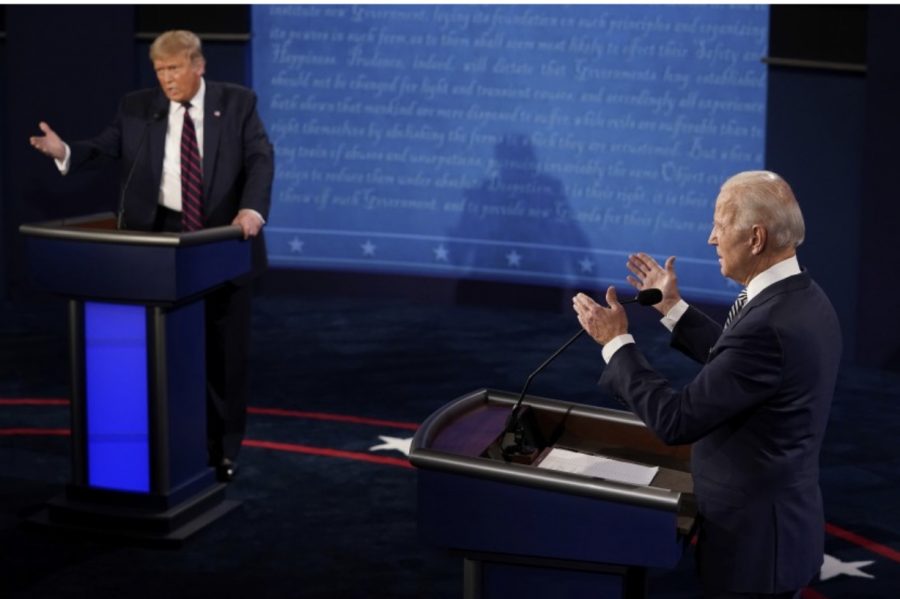 Human society is developing rapidly. Consequently, our environments and ecosystems have been left behind in terms of developing “checks” on Human activities and behaviors. The resulting impact has been a man-made rapid increase in global temperatures (according to climate.gov, the average increase in per decade temperatures for the last 40 years is twice that for the last 120 years), and an increasing amount of pollution, as well as deforestation.

The effects of threats to our environment are already being felt across the globe. From abnormally intense wildfires, to dying coral reefs, to increased flooding, people’s lives and livelihoods are being threatened by the environmental crisis.

As a result, the environmental issues we face have come to the forefront of many voters’ minds in the 2020 United States Presidential Election. The issues of highest priority include: stances on the oil/natural gas industry, fracking, conservation, renewable energies, and pollution control. The environmental policy platforms outlined and analyzed below are those of President Donald J. Trump and Vice President Joe Biden.

What it is: Fracking is a method by which a mixture of water, sand, and chemicals are pumped into the Earth in order to pump oil and natural gas from the shale rock layer. It has provided the U.S. with an abundance of natural gas, and it can provide electricity while emitting less carbon dioxide than coal. However, those who oppose fracking point out that the practice has been known to release carcinogenic chemicals into groundwater and cause earthquakes.

President Trump wholly supports the practice of fracking. Citing that the industry provides a high number of jobs to many Americans across the country, oil security, and lower gas prices, the president believes that the oil/natural gas industry should be protected and allowed to proceed uninhibited.

Candidate Joe Biden’s campaign is calling for a partial ban on fracking on land owned by the federal government (he previously suggested banning fracking in its entirety, however he clarified that he would not, and currently his campaign is not calling for a total ban) His goal is to move the United States away from its dependence on fossil fuels and rather invest more in alternative energy sources. Additionally, Joe Biden believes the United States should reduce subsidies for the oil/natural gas industry.

President Trump has taken a varied approach to renewable energies. He has voiced support for the widespread use of ethanol, citing the fact that its use benefits American farmers. However, he criticizes wind power, which he states pollutes more and is more expensive than natural gas.*

*It should be noted that scientists in the Energy Department have stated that wind power is one of the lowest-cost energy sources, and federal scientists say that although the manufacturing process of wind power does create pollution, the amount produced while in operation is negligible.

Biden’s official platform details his plan for shifting America towards renewable energies. He proposes a 400 billion dollar plan to invest in renewable energy and infrastructure, with the hope of one day making the country net-zero in terms of carbon emissions (Bhutan is the only carbon-negative country right now). In his plan, he also explains that he will focus on creating a high number of union jobs in the renewable energy industry.

What it is: The goal of protecting natural environments, endangered species, habitats, and ecosystems across the nation.

Recently, President Trump signed into law The Great American Outdoors Act, which fully funded the Land and Water Conservation Fund. His administration has also added 1.3 million acres of land to protected wilderness areas. However, it should be noted that President Trump’s administration shrunk the size of Bears Ear National Monument by almost 1.1 million acres. The rationale behind the decision was that the parks granted the federal government too much power in local communities. In addition , coastal areas of Alaska deemed closed to drilling by the Obama and Biden administration were opened by the Trump administration.

Joe Biden supports conserving 30% of all of the United States’ air and water as a means of slowing extinctions.

What it is: The practice of reducing pollution by placing federal regulations on the practices of the government and companies.

In terms of pollution, the focus of the Trump administration has been deregulation, prioritizing business over limiting emissions. This can be seen through the administration pulling the United States out of the Paris Climate Accords (stating that the international agreement to reduce greenhouse gas emissions asked the United States to be responsible for pollution from foreign countries) and rolling back emission regulations on airborne mercury. The messaging of the Trump administration seems to be balancing environmental policy and deregulated business.

Threats to our environment are an extremely pressing issue. No matter what route the nation chooses to follow, the consensus among many Americans and research groups is that if we wish to mitigate climate change, action must be taken swiftly.