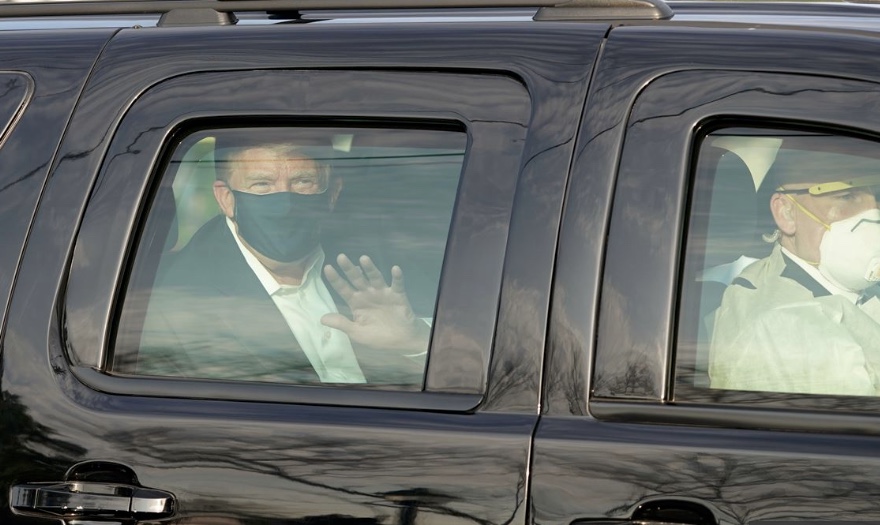 Early Friday morning on October 2nd, President Donald Trump revealed that he and First Lady Melania Trump had tested positive for Covid-19, a stunning development in an already contentious election. The news was shared at 12:54 am, just two hours after Hope Hicks, senior advisor to President Trump, tested positive. Later in the day on Friday, President Trump was flown to Walter Reed National Military Center for treatment which has included the use of experimental drugs, and since then, conflicting reports from doctors have left Americans largely confused about his condition.

Late Friday night, Dr. Sean P. Conley, the president’s physician, disclosed that Trump is receiving the Remdesivir antiviral drug as part of an experimental treatment process, and that he was “doing very well”. On Saturday, however, White House chief of staff Mark Meadows described President Trump’s vital signs as “very concerning,” and shared that he was “still not on a clear path to recovery”. Shortly following that statement, Mr. Meadows called into Fox News to clarify that the president had shown “tremendous improvement”, which made several White House advisors angry at Meadows and Conley for creating such a confusing situation. In a press conference on Sunday, October 4th, the President’s medical team revealed that Trump’s oxygen levels had dropped and that he had been given dexamethasone, a drug proven to help severe cases of Covid-19, but not recommended for moderate cases of the virus. At the same conference, doctors shared that the President would be able to leave the hospital as early as Monday, October 5, which he did.

Since President Trump was revealed to have the Coronavirus, Vice President Mike Pence and former Vice President Joe Biden have repeatedly tested negative for the virus, whereas other individuals close to the President, such as Kellyanne Conway and Bill Stepien, have tested positive. Additionally, senators Mike Lee of Utah and Thom Tillis of South Carolina, both of whom attended Judge Amy Coney Barrett’s nomination alongside the President sans masks, tested positive.