He Does Whatever A Spider Can 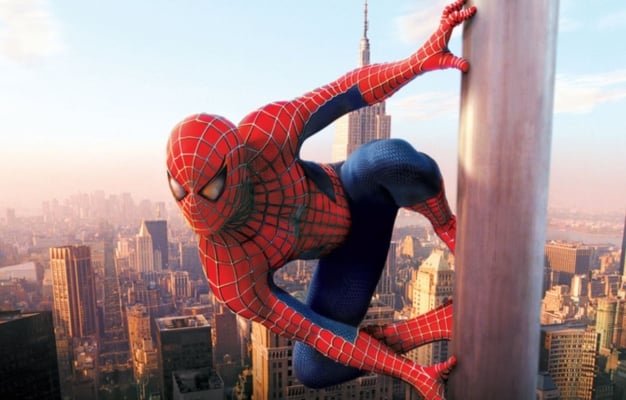 Note – I have not yet seen Spider-Man: No Way Home, so there are no spoilers included in this article. On the other hand, please excuse how this missing piece might have impacted my analysis of the Tom Holland movies as a whole.

Marvel has become a household name over the past 80 years and one of the most famous of Marvel’s superheroes is Spider-Man. Every year, regardless of what has been in the theaters, at least three trick-or-treaters stop by dressed as the hero in my neighborhood alone. With the release of the most recent film, Spider-Man: No Way Home, an interesting topic for debate has risen in The Academies’ halls: just who is the best Spider-Man? Over the past 20 years alone, the classic comic books were adapted numerous times, with Toby Maguire, Andrew Garfield and Tom Holland each in the lead role. Three different portrayals… are all heroes made equally?

Toby Maguire became the first Spider-Man of the 21st century in 2002. The movies themselves are true to the original comic books, and as someone who until recently had only seen the movies starring Tom Holland, I found these very different. The Maguire movie themes lean more towards patriotism and Spider-Man almost always seems to have support of the police. This is also the only adaptation of the three discussed here that features Uncle Ben’s famous line, “With great power comes great responsibility.”

Maguire’s villains are definitely more memorable than in later movies. And I really liked Harry Osborn’s character arc throughout the movies in this franchise. Peter Parker felt a little two-dimensional to me because of his constant selflessness, but of course, this is part of what makes Spider-Man so endearing. I will fully admit I’m not a very big fan of Mary Jane here. She was petty and self-absorbed, and I honestly have no idea why both Peter and Harry were so obsessed with her. In the end, I was used to Mary Jane and her constant screaming (seriously, I think Kirsten Dunst was cast because she can scream well), but I didn’t miss her in the newer movie series. Overall, this trilogy was good, despite the fact that Spider-Man sometimes seemed like he was making decisions out of character, detracting a bit from the storyline.

The first Andrew Garfield Spider-Man movie was released ten years after Toby Maguire’s debut and the technical progress is clear from the start. CGI technology had evolved and become far more realistic. Oscorp Industries, the science corporation from which most of Maguire’s plots spiraled, again took center stage, but it was sharper and more futuristic. Even the plotlines of both Garfield movies feel more modern than the classic nature of Maguire’s films, and slightly darker. The police shift from being Peter Parker’s allies to enemies; at one point, an officer actually shoots Spider-Man.

Andrew Garfield portrays Peter and Spider-Man with more attitude, coming across a little rough around the edges, though still convincing as both. However, one of my favorite characters from this series is Gwen Stacy. She makes a better love interest than Mary Jane and is all-around a stronger, smarter female match. I liked these movies for their hopeful message, and would definitely watch them again. But they did clearly start to stray from the original Spider-Man comics.

In full honesty, I’m partial to Tom Holland’s movies because I absolutely love the MCU and watched these Spider-Man movies first. And a lot is different in this third iteration, particularly with the addition of the Avengers. First, Peter’s transformation from the bite isn’t shown; he is already Spider-Man at the start. In addition, Uncle Ben is already gone; his death had been key to the plotline of both Maguire’s and Garfield’s first films. In fact, a lot of major characters and concepts are missing. Oscorp is never mentioned. After binge-watching the first two series, I’m a little disappointed the company wasn’t included since so many storylines could have been explored.

However, the Vulture and Mysterio are great villains and both were originally featured in the Spider-Man comics. Plus, Zendaya’s portrayal of MJ is awesome. She is a far better, stronger, Mary Jane than depicted in the Maguire movies. Tom Holland also perfectly portrays Peter Parker as the nerdy high schooler he is.

In the end, I can’t say which series, or actor, is truly “better.” Comic purists will enjoy the Toby Maguire films. Hollywood award-watchers may like the star-studded cast of Garfield’s series: Emma Stone, Martin Sheen and Sally Field to name a few. And those wanting a deeper plot should opt for the Tom Holland movies. Regardless, the world can always use more hope, and all three adaptations bring that to the screen. All heroes may not be created equally, but New York has enough room for these three!