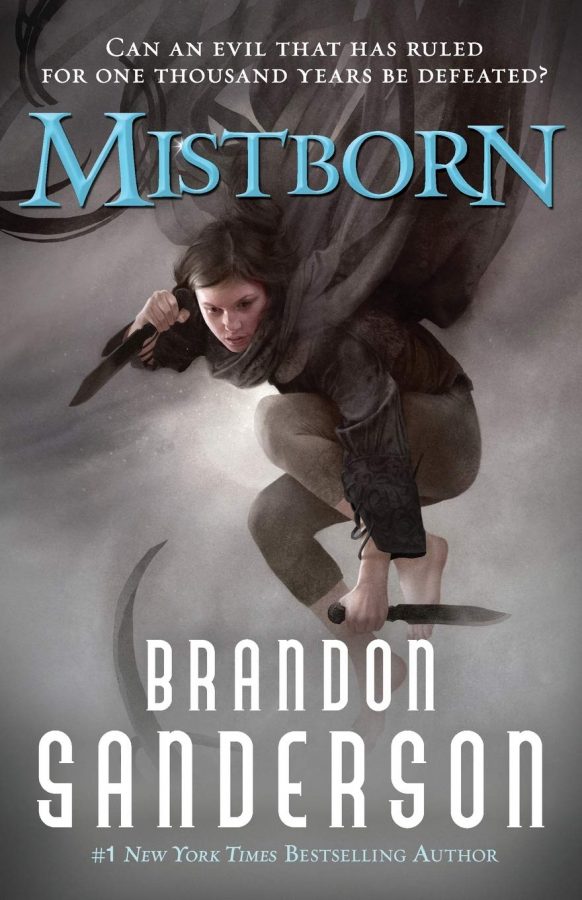 When people think of fantasy, they’ve surely heard of the more famous series, such as Tolkien’s Lord of the Rings, or George R. R. Martin’s Game of Thrones. They also probably think of epic tales of heroism, ancient magic, and mythical creatures such as dwarves, elves, dragons, and the like. These concepts hold a place in people’s hearts, and it is evident today how ubiquitous they are. Mistborn, written by Brandon Sanderson, follows none of these tropes, but is still an excellent story that I would recommend to anyone remotely interested in the genre.

Firstly, the world. The world is incredible. Mistborn takes place in a land known as the Final Empire, headed by the Lord Ruler, sometimes called the Sliver of Infinity. Over one thousand years ago before the events of the book, the Lord Ruler defeated an evil called the Deepness, and forged this immortal empire. Unfortunately, not all is well: the peasants, called skaa, have been oppressed for centuries by nobles. The world is also constantly covered with ash, caused by large volcanoes scattered across the countryside. There is no grass or flowers, crops are weak, and the sun is red.

This leads into the second part: the story. We follow the trials of Kelsier, a Mistborn (more on that later) who decides that enough is enough, and organizes his petty thieving crew into a group conspiring rebellion. Obviously, overthrowing a thousand-year institution led by a creature seemingly more deity than man would not be easy. He’s literally called the Sliver of Infinity. Yet, Kelsier is determined. He enlists the help of Yeden, a representative of the main skaa rebellion, and Vin, a young girl and street urchin, who also happens to be Mistborn. Together, the crew formulate a plan to topple the empire and potentially assassinate the Lord Ruler. If you enjoy rooting for the underdog in a match, then you’ll certainly enjoy the machinations of Kelsier’s elaborate scheming. I won’t state anymore so you may find it out yourself later, but it’s good.

Lastly, the magic. The system is somewhat complex and should ideally be read with the context of the whole story. However, I’ll explain it briefly here:

People of noble descent have an ability to perform something called “Allomancy.”
This “Allomancer” can consume one of sixteen metals, and “burn” it to use a power.
Each metal gives a different ability. For example, burning pewter makes you physically stronger and more adept.
Allomancers are able to burn all the metals, or only one of them. The ability to burn only one makes them called a Misting, while the rare few who can burn all metals are called Mistborn.

Initially, it’s overwhelming to comprehend. At first, I thought it was a bit dull. Luckily, over the course of the story, Sanderson fleshes it out in-depth, and everything starts to just click.

Personally, the best part of Mistborn was the intrigue. With every piece of knowledge you learn, there’s another five questions that pop up. Who is the Lord Ruler? What is the Deepness? Why did the land suddenly become a desolate wasteland? In time, all of these questions will get a satisfactory answer. But it’s more than that: Sanderson does it in such a way as to abide by logical rules of the world (e.g. no deus ex machina). And when it finally ties altogether, at the end of the trilogy, it makes you go: “Ohhh, that’s why he did that!” It applies to the magic as well: what appears to be esoteric and needlessly abstract is actually a small cog in a much larger machine that you need to read to appreciate.

The characters are also worth mentioning as well. Kelsier, the brave and noble leader of the rebellion is not perfect. He has a bit of an ego, and sometimes puts himself before others. Vin is very timid and untrusting, making it difficult for her to find a place in the crew. There’s Breeze, a humorous and genteel aristocrat, and Hammond, a fighter with a soft spot for philosophy. As the story plays out, you get to watch as they grow as people, and how they interact with one another. Yet another one of my favorite things about the series is seeing how different characters who you’ve read about interact when they finally meet. Oftentimes, you hope they’ll get along and work together, but sometimes there’s conflict and drama. But when they do set aside their differences, it’s worth it.

Many of Sanderson’s books start slow, and this one is no exception. Nevertheless, it’s a truly enjoyable read, and you’ll find yourself getting to love the world and the characters as you progress through the story. I bought the second and third books immediately after I finished the first, and it was well worth it. Beyond just the story, I found myself appreciating just how much effort was put into the book to synchronize all worldbuilding, story, and magical elements into one cohesive product. There were several twists that left me stunned in the best kind of way. Overall, it’s a must-read for anyone looking to get into fantasy, or for anyone who likes to read in general. Give it a shot and you won’t be disappointed.