A History of Halo 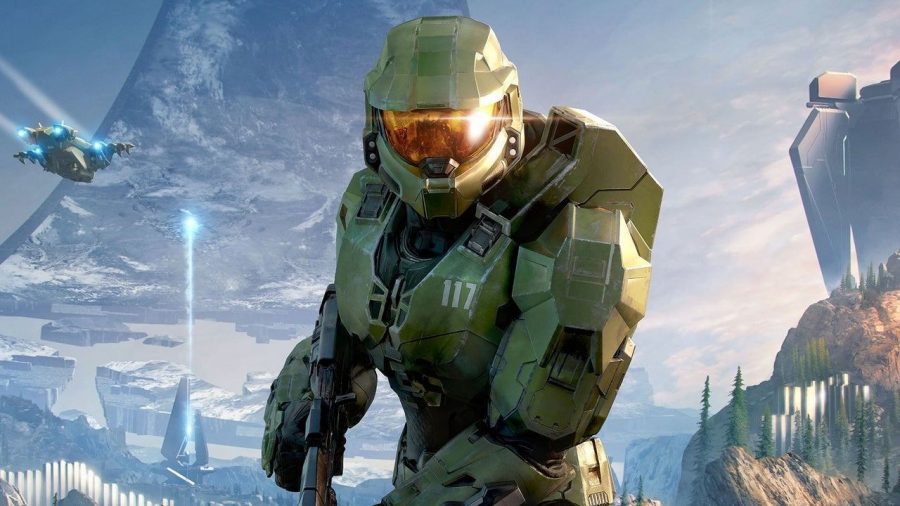 The Halo franchise is undeniably one of the most iconic and well-known video game series of all time. Originally developed by Bungie, a developer under Microsoft, this widely acclaimed First-Person-Shooter game series consists of seven mainline games, along with several spinoff games, books, an upcoming TV show, and more. It is very well-known, even among those less familiar with video games due to the sheer amount of praise it has received from critics and players alike in almost all of its sequels and spinoffs.

In 2001, Bungie released the first game in the series, Halo: Combat Evolved, along with Microsoft’s brand new gaming console, the Xbox. The game came out with high acclaim and launched the Xbox to the top of the market. It also effectively legitimized gaming consoles of the time, showing that they could deliver high-quality, polished experiences that had fully fleshed out mechanics and stories. The game was unlike any other that had been released before, with its breathtaking graphics (which still somewhat holds up today), its expansive story, wide-open and free level design, its well-thought-out combat mechanics, and incredible soundtrack. The game allows the player to step into the shoes of the Master Chief, a Spartan-II super-soldier working under the UNSC (United Nations Space Command) along with his AI companion, Cortana, whose ship had crashed and landed on a mysterious ring-world. Cortana and the player are left to fend for themselves against “The Covenant,” a theocratic space-faring faction of several different alien civilizations melded together. The player explores the ring, learning more about its origins and secrets, all while trying to find a way off the ring and back to the rest of humanity.

After the release of Combat Evolved, Bungie began development on the sequel to their hit game. They were determined to make a game even more ambitious than the first, developing a brand new engine for the game to run in, adding in several new mechanics, creating a more gripping and complex story, and more. However, the game would suffer from poor management throughout its development, with many of the employees working together in small, disjointed teams that didn’t communicate with each other. As a result, many of the things that they had wanted to accomplish either had to be cut or simplified. Additionally, many employees felt extremely burnt out due to a time crunch before its 2004 release, and many left to work on other projects, or departed from Bungie entirely. Despite the rough development of the game, Halo 2 came out with mostly positive reviews. Due to the high quality of the first game, fans were very excited for Halo 2 to come out, making it one of the most highly anticipated video game releases of all time. When it finally did release, it did not disappoint. One of the main reasons for this was its story, which continued where the first game left off, but also gave the main enemy faction of the series, The Covenant, a proper motive and fully fleshed out their history. It also introduced a large number of new areas and built off of many of the things that made the first game so well-received. However, the game ended on a major cliff-hanger due to Bungie needing to cut major parts of the story in order to get the game out on time, leaving players to wait three more years before they could finish the story of the Master Chief. This left many unsatisfied and is one of the main reasons why it wasn’t as highly acclaimed as its predecessor. Its saving grace, however, and the main reason that the game was well-received was its incorporation of online multiplayer game modes. Multiplayer modes in video games were fairly new at the time and not one of the main focuses of developers. Halo 2 allowed players to play online matches against each other across the globe through Microsoft’s new Xbox Live service. What separated Halo 2’s multiplayer from the rest, however, was its wide variety of maps and game modes which allowed for players to experiment with a wide sandbox of weapons, vehicles, game types, and more, letting the player make their own fun and discover something new every single match.

After Halo 2, fans of the series were eager to finish the saga of the Master Chief. However, they would need to wait three more years before they would be able to finally play the game. Despite the long wait, fans were extremely excited for its release, even topping off the excitement for Halo 2 because of its strong marketing campaign, taking on the slogan “Finish the Fight,” after Halo 2’s infamous cliff-hanger ending. On its launch, thousands of people stayed up, hoping that they would be able to get a copy and be able to finally “Finish the Fight” that they had started. On September 25, 2007, Halo 3 was released and received  an incredible amount of praise for both its campaign and multiplayer game modes. The campaign was seen as on par, if not better than that of the first game with it being larger, more ambitious, and satisfyingly wrapping up the trilogy, while also allowing for there to be more games made after it.

In 2009, Bungie released Halo 3: ODST, which put the player, not in the shoes of the Master Chief, but in that of an ODST (Orbital Drop Shock Trooper). This time, they weren’t a super-soldier, but instead, a weaker, mute marine. The game takes place at the same time as Halo 2 and shows some of the events that unfold from an entirely different viewpoint. Unlike the games that had been released up to this point, ODST was a much more character-driven story that made you feel small and alone as you wandered through the empty streets of a futuristic mega-city. The game was shorter than those that had been previously released but was very well received because of its new perspective and for having one of the best soundtracks in the entire series.

Bungie released their final Halo game, Halo: Reach, in 2010. This game, similarly to Halo 3: ODST, didn’t focus on the Master Chief’s fight, but instead went back to the beginning of the war between humanity and the Covenant. The player is put into the shoes of Noble 6, a member of a team of Spartans that dealt with human rebellions on the planet Reach. The team is sent to deal with reports of insurrectionists, only to find out that the Covenant had started an invasion of the planet. The game tells the story of the demise of a planet, using the Noble team as a vessel to do so. It tells a much more gritty and sad story than most of the other games, making the player truly connect with the characters and get truly invested in the story. This story made the campaign nearly universally acclaimed and seen by many as the very best in the entire series.

After Bungie left the Halo franchise, Microsoft formed a new studio called 343 Industries to continue work on the series. 343’s first game was Halo 4 in 2012, a continuation of the Master Chief’s saga, taking place 4 years after the events of Halo 3. This game, compared to the others, focused more on the connection between the Master Chief, and Cortana, who is deteriorating and on the verge of going “rampant” or rogue. It puts more emphasis on the characters than any of the games in the series and delving deeper into their humanity. This emphasis on the characters, paired with its stunning visuals, made it a contender for one of the best games on the Xbox 360 in the eyes of critics and players alike. It earned mostly positive reviews, however, some people were left disappointed at the very different direction that the game had taken with its more character-driven narrative.

343’s next project was Halo 5, which was released in 2015. In Halo 5, the Master Chief has gone rogue and a group of Spartans is sent to find him. For most of the game the player does not control the Master Chief, but a new protagonist named Spartan Locke. Locke and his team are tasked with hunting down the Master Chief and bringing him back. Unlike other games in the series, however, many people were disappointed with the change in characters and messy story, being much shorter and simplistic in nature when compared to all the other games in the series. The game also had a lack of content at its release, with much of the content only appearing in the year following release. Despite these faults, however, the game’s multiplayer was well received but was slightly criticized for not staying true to the other games and trying to copy other series.

Since the release of Halo 5, 343 Industries has been working on the latest installment in the series, Halo Infinite. The game has been shown to be taking much more inspiration from the earlier games in the series such as Halo 2 and 3, instead of more recent installments, as many fans have wanted. Not much was known about the game until a gameplay demo was shared in July of 2020. While many people were pleased with what they saw and excited for the game to come out, others saw that the graphics and other parts of the game seemed rough and unfinished. The game was initially set to release alongside the new Xbox Series X/S back in November but was delayed to the fall of 2021 after 343 saw the major feedback they received after the July demo. Many people also criticized 343 for not being open with the community about the development process and that they were left in the dark. After looking through all the feedback that 343 had received relating to the game, they decided to begin sharing more information with the community, creating monthly deep dives into different aspects of the game to show off what they are working on and new aspects of the game. They have also been putting a large amount of effort into fixing all the issues that were brought up after the July demo in order to create the best experience they possibly can. While the initial look at the game came out to mixed reactions, the more recent information that has been shared and the improvements that have been made based on community feedback has drastically changed the view on the game and is highly anticipated to be one of the best games of the next generation. More recently, 343 has had a series of open betas where players are able to play the multiplayer side of the game early and give their feedback on it. These betas have had a large amount of positive feedback and gotten people even more excited about the game’s release.